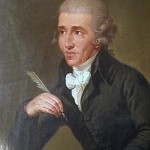 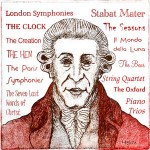 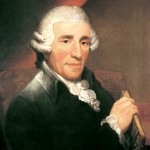 Known as the “Father of the Symphony,” Joseph Haydn helped define instrumental forms such as the symphony, sonata, and string quartet. He spent much of his life as Kappellmeister to the Esterhazy family. Here, Haydn said, “I was cut off from the world. There was no one to confuse me…I was forced to become original.”
Click here or watch the video below to learn more about Haydn.