Musicians in History – Medieval and Renaissance

For more information visit: Composers of the Middle Ages 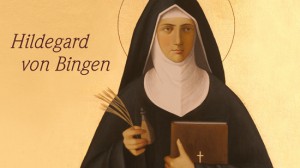 
Pérotin – Sederunt Principes (1160 ca. – post 1230)
Performed by the GENTLEMEN CONSORT
Pérotin, often known as Pérotin the Great, was a European (believed to be French) composer in the Middle Ages. His name is one of the most well known because an unknown author wrote much about his great musicianship. He was a part of the Notre Dame school of polyphony. How is his music different from the music heard before?

Here is a different recording of the same piece.


Some pieces of Tylman Susato’s Danseryre, a collection of renaissance dances.
– 00:00 Ronde and Salterelle
– 01:30 Pavane ‘La Bataille’
– 04:23 Basse danse Bergeret sans Roch & Reprise
– 06:55 Reprise ‘Le Pingue’
All pieces conducted by David Munrow, The Early Music Consort of London.
Tylman Susato was a Renaissance Flemish composer in the 1500s. He was a calligrapher and instrumentalist. He owned a flute, trumpet, and tenor pipe. He also opened the first music press in the Netherlands. (Italy, France, and Germany were the only places to have them before this.)


Rebecca Pechefsky plays a Fantasia by William Byrd on the harpsichord.


Orlando Gibbons – Pavan & Galliard ‘Lord Salisbury’
Michael Maxwell Steer performs Gibbons’ most famous Pavan(e) & Galliard on harpsichord. This coupling of slow & fast dances was popular all over Europe from c1540 to c1650, after which they were superseded by Louis XIV’s fashion/passion for the Allemande & Courante.

Click to learn more about how Monteverdi was revolutionaryto music.